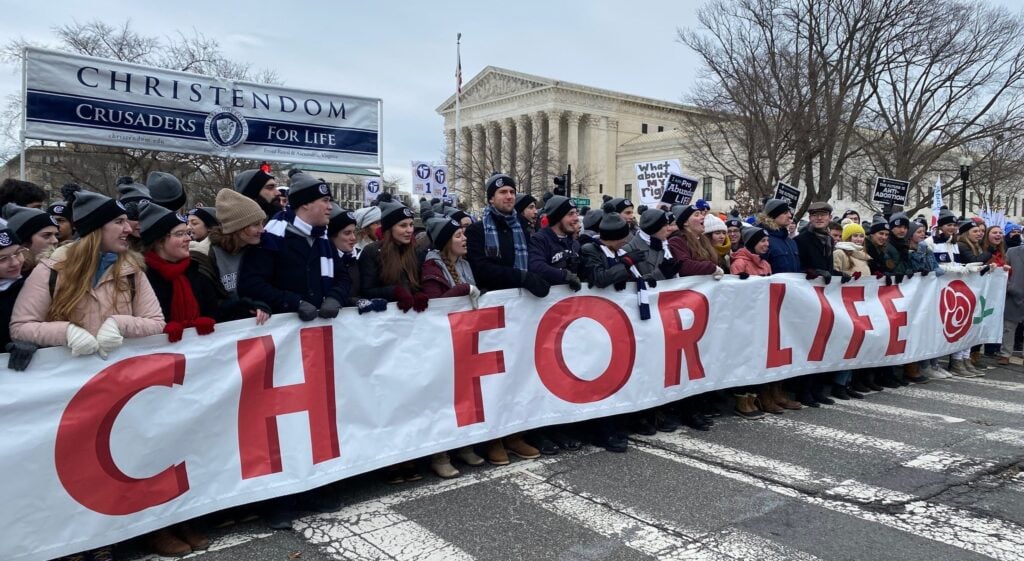 Thousands of pro-life advocates gathered in Washington, D.C. for the 49th annual March for Life on Friday. Gleaming with optimism that Roe v. Wade will soon come to an end, advocates sent a strong message that “equality begins in the womb.” With an incredible line-up of speakers, from celebrities to those who shared personal experiences, the March for Life event is certain to have made an impact on all who listened.

According to CBN News, The event was launched with singer Jordan St. Cyr who filled in for Matthew West who was supposed to attend the event but could not due to COVID. Other appearances included Father Mike Schmitz from the popular Bible In A Year app, whose attendance brought the crowd to cheer; Katie Shaw, whose encouraging message inspired the crowd citing Psalm 139, “You knit me together in my mother’s womb, I am fearfully and wonderfully made, wonderful are your works that I know full well. In your book were written all the days that were formed for me, when none of them had yet existed;” and Kirk Cameron who heartily asserted that “our hope is in the power of God working in the hearts of His people.”

A few guests at the event also included those who were impacted by abortion including Lisa Robertson from Duck Dynasty who shared the lies she was told upon having an abortion which have affected her for the rest of her life. Now, Robertson has found peace with God and uses her voice to speak the truth and advocate for the unborn.

Over 50,000 pro-life advocates braved the cold January day fighting for the rights of the unborn. Many are optimistic anticipating the ruling of the Dobbs case in which the Supreme Court will determine whether or not a 15-week abortion ban violates the U.S. Constitution. The president of March for Life, Jeanne Mancini, shared that the crowd this year was the “most enthusiastic she’d ever seen.” Together, the crowd and the speakers sent a powerful message that the unborn deserve “life, liberty, and the pursuit of happiness,” as “equality begins in the womb.”